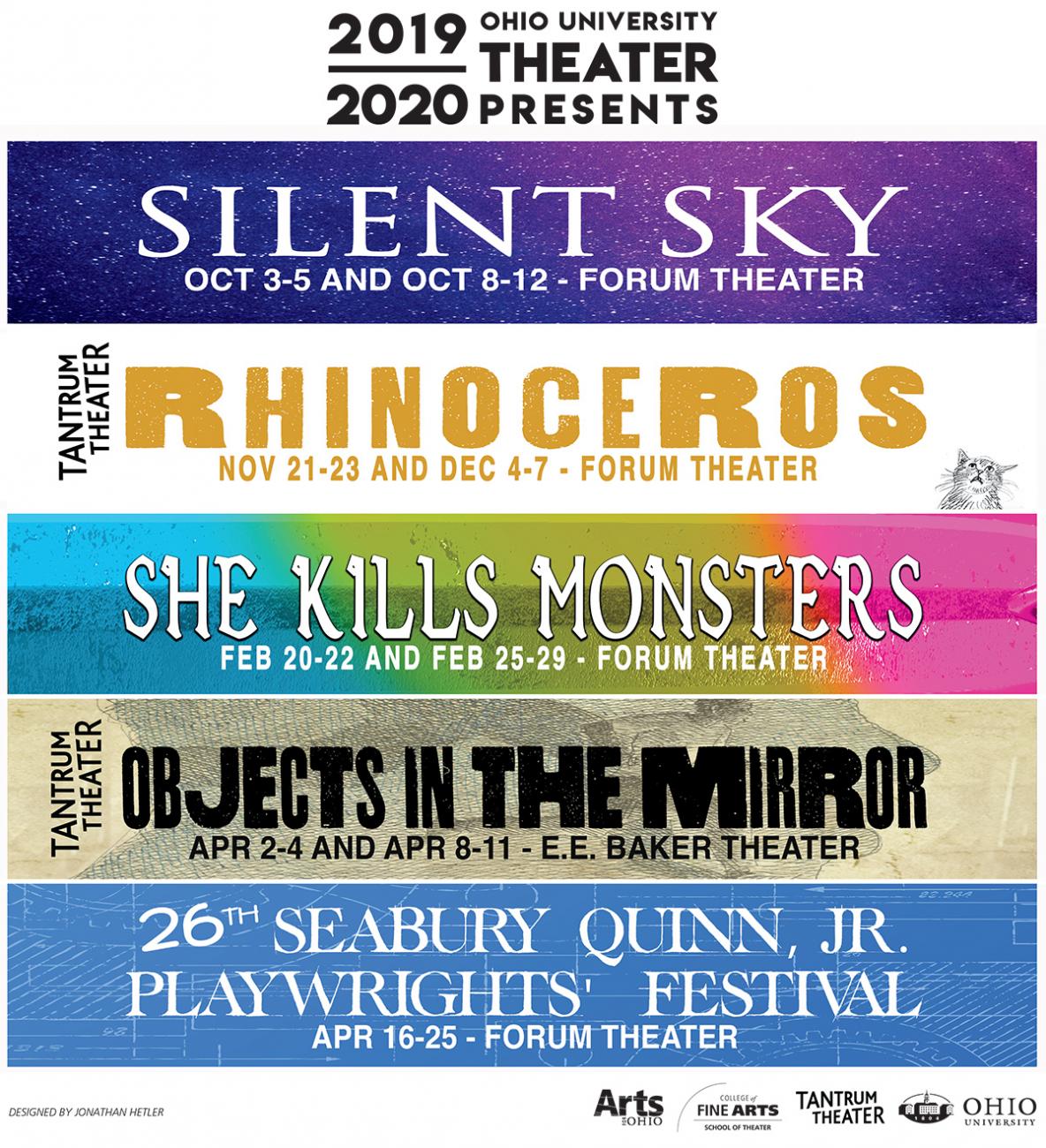 In observation of 100th anniversary of women’s suffrage.

The true story of 19th-century astronomer Henrietta Leavitt explores a woman’s place in society during a time of immense scientific discoveries, when women’s ideas were dismissed until men claimed credit for them.

Rhinoceros is a commentary on the absurdity of the human condition made tolerable only by self-delusion. It shows us the struggle of the individual to maintain integrity and identity alone in a world where all others have succumbed to the "beauty" of brute force, natural energy and mindlessness.

In this high-octane dramatic comedy laden with homicidal fairies, nasty ogres, and 90s pop culture, acclaimed playwright Qui Nguyen offers a heart-pounding homage to the geek and warrior within us all.

Objects in the Mirror

Inspired by the harrowing true story of Shedrick Yarkpai, a young Liberian refugee-turned-actor, Charles Smith’s play chronicles Shedrick’s decade-long journey from the violent civil wars in Liberia to his re-settlement in Adelaide, Australia.

Three featured plays are produced in an intimate setting in rotating repertory. Other plays in progress are presented in semi-staged readings. Each performance is followed by a talkback with guest artists.

Midnight Madness is part of the MFA Playwriting program consisting of the weekly, informal production of new work. Early each week a different graduate playwright is selected as the week’s producer. The producer chooses a theme, style, or concept as a prompt for that week’s production. Each writer must then write a three to five-minute play based on that prompt. Each play is written, cast, and rehearsed throughout the week in preparation for the Friday night, script-in-hand production.

Madness takes place Fridays at 11 PM in Hahne Theater in Kantner Hall. The performances last about an hour and are free and open to the public. Arrive at 10 PM to secure tickets. Current Madness Schedule is available here: ohioplaywriting.org/madness/