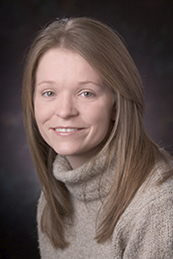 April Koska is the business manager of HR functions in the Dean’s Office in the Scripps College of Communication. April has worked at Ohio University for 14 years. She started working in the Housing Office in 2004, moved to Human Resources in 2006 and in 2013 April moved to Finance. In May of 2016, April started working in the Scripps College of Communication for the Dean’s Office. April received her associate of arts degree in 2016 from Hocking College.