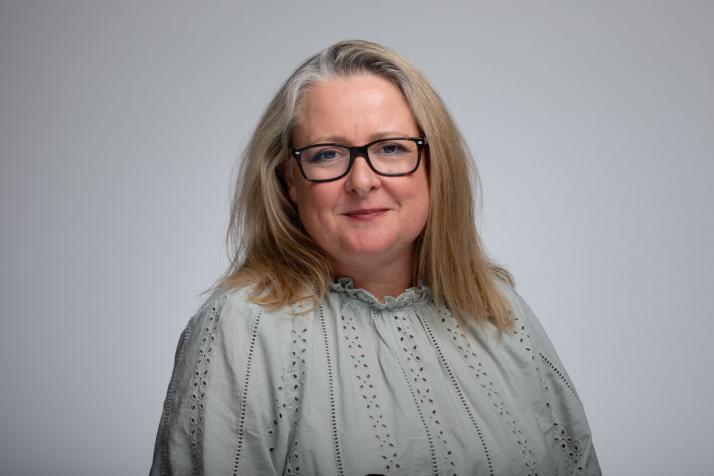 Aimee Edmondson, director of graduate studies and professor at the E.W. Scripps School of Journalism, traced President Donald Trump’s history with libel and its effect on the press in an article last week for The National Law Review.

The article, titled “The Intersection of Libel Law and Policies,” covers President Trump’s accusations of libel against a number of journalists and his subsequent calls to modify libel laws so that plaintiffs are more likely to triumph in court and collect damages.

“Are media rattled by all this litigation? Yes, I think that’s pretty apparent. How could they not be in this anti-press environment?” Edmondson said. “Libel claims are part of a general, overarching criticism of press, reporting the news, and media prerogatives.”

Edmondson noted that many libel accusations President Trump claimed in recent years were typically political opinions, rather than facetious statements. Opinions are protected by the first amendment. Edmondson also mentioned that in the past 30 years, President Trump was involved in about 4,000 lawsuits, filing seven libel cases and winning one — by default.

President Trump’s calls to change libel laws come at the same time as his pointed attacks on the press, and three consecutive lawsuits against mainstream media organizations in ten days — The New York Times, The Washington Post, and CNN.

“Win or lose in court, the president’s libel lawsuits also are political messaging, dramatic actions that complement his anti-press rhetoric,” Edmondson said. “The stories about the libel suits are arguably more effective than the libel suits themselves in the president’s battles to discredit the mainstream press. In addition to political messaging, libel claims — even when they fail in court — can be a form of punishment.”

This punishment — perpetrated by more than just the president — comes partially in the form of legal financial burdens. Edmondson pointed to a small-town Iowa newspaper, the Carroll Times Herald, that was overloaded with the cost of legal defense despite winning the libel suit. The staff resorted to an GoFundMe campaign in 2019 to offset the cost.

Edmondson wrote that despite the discussion of libel in politics libel laws likely won’t be modified.

“Fundamental change is not likely in the near future. Justice Clarence Thomas suggested it’s time for the Supreme Court to examine/roll back the New York Times v. Sullivan standard created in 1964,” Edmondson said. “The premise is that current strict standards intended to protect free speech and free press make it nearly impossible for public figures and public officials to prevail in libel cases.”