The Scripps College of Communication Diversity Committee consists of members from each of the five schools in the college, WOUB Public Media, graduate and undergraduate students, and is chaired by the college’s chief diversity officer.

The committee works toward creating and maintaining a culture that actively and intentionally includes diverse perspectives in decision-making processes and power structures within the college.

We do this work through our definition of diversity which is as follows:
The Scripps College of Communication's concept of diversity encompasses acceptance and respect. It is understanding that each individual has a unique set of life experiences shaped along the dimensions of race, ethnicity, gender, sexual orientation and gender identity, socio-economic status, age, abilities, and religious, political, and ideological beliefs. It is about understanding one another and moving beyond simple tolerance to embracing and celebrating the distinct attributes of each individual. The College embraces diversity and the exploration of varied life experiences in a positive and nurturing environment. 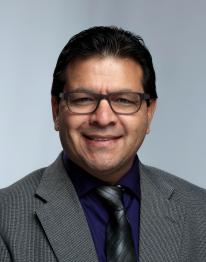 Michael Rodriguez has served in public broadcasting for over 25 years. At WOUB Public Media, he is the Director of Production Services and Student Development. Michael leads a team of skilled multimedia professionals. He also is the primary coordinator for more than 120 Scripps College of Communication student volunteers offering hands-on digital media experience in a broadcast facility. 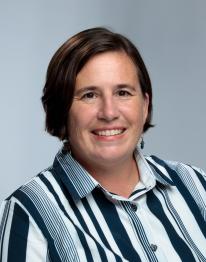 Laura Black is an associate professor in the School of Communication Studies. Dr. Black studies group deliberation and dialogue with a special focus on storytelling, conflict, and group facilitation. In addition to teaching undergraduate and graduate courses, she also is actively engaged in the community by facilitating difficult conversations in Athens and other areas of Southeast Ohio. 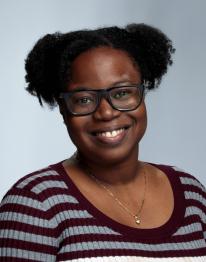 Neketa Forde is a Guyanese Documentarian and graduate student pursuing an MFA in Communication Media Arts, specializing in storytelling and animation for social change. Professionally, she is a video editor and photographer who has worked on countless projects with intergovernmental and international development organizations such as UNDP and Cuso International.

Gary Kirksey is an associate professor in the School of Visual Communication. Gary has been very active in the National Association of Black Journalists (NABJ) serving as the past chair of the Visual Task Force within NABJ. Gary's photography has been displayed in regional and national exhibitions. In addition to his advertising work, Gary's photography has been featured in publications including the Wall Street Journal, the Washington Post and Life magazine. 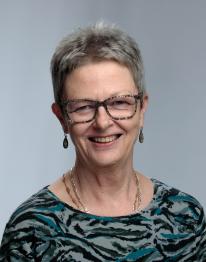 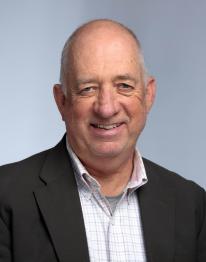 Tim Sharp is an assistant professor of instruction with the E.W. Scripps School of Journalism. Prior to his appointment, he was the news director of Ohio University’s broadcast properties where he also taught and trained students in electronic journalism. He has worked as a news manager for ABC, CBS and NBC affiliates and founded a cable news network serving the mid-Atlantic region of the U.S. In addition to his work in journalism, he also teaches human relations courses to corporate clients nationwide as a part of his company TSOD.com.

Trevor Roycroft is Professor Emeritus in the J. Warren McClure School of Emerging Communication Technologies, where he conducts graduate and undergraduate courses in regulatory policy and law, privacy, and the economics of information and telecommunication industries.

Thanks to an endowment from the Scripps Howard Foundation the Committee is able to offer support for students’ academic efforts in a number of ways.

Students may apply for support to help defray costs for travel to academic conferences. Download the travel grant application (PDF).

Deadlines for applications are as follows:

Summer and Fall Semester: March 1 at 5 p.m. (for expenses incurred May through November)