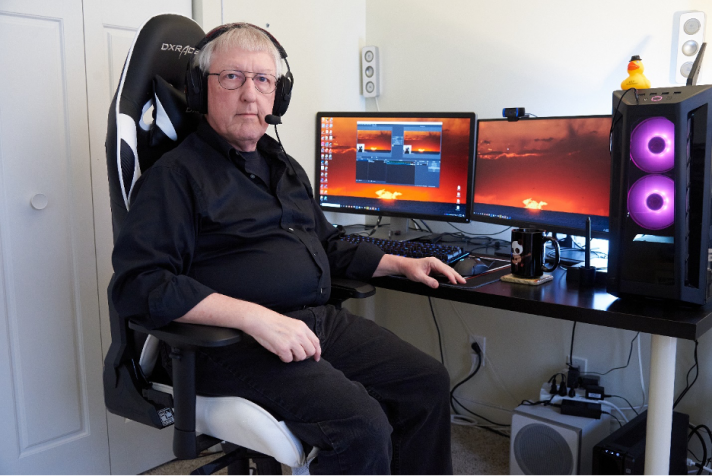 While Twitch is known more commonly as a streaming platform for gaming, Hans Kruse plans to begin a series of streams that share a behind-the-scenes look at how he learns new things in both the IT and gaming world. Kruse is the previous director of the J. Warren McClure School of Emerging Communication Technologies and professor, as well as an avid gamer.

Twitch is a live streaming platform for gamers that allows gamers to share what they are playing with others via a video stream. Viewers can interact with the streams via comments, making it a great place for communities to form. Kruse said he wants to use Twitch to explore interests that he previously could not pursue due to limited time. Now a professor Emeritus (a professor retired with honors) Kruse plans to host weekly Twitch streams on Thursdays at 8 p.m., during which he will spend 60-90 minutes exploring a variety of topics including teleconference technology, internet performance, cloud virtual machines. Each session will build on previous streams, allowing viewers to learn alongside someone else in a less structured and demanding environment.

"I am very unabashedly not an expert in the topics I take on,” Kruse said. “I will of course start with some knowledge of fundamentals and will have done some initial research. But the streams will be a shared learning experience and a (hopefully) very interactive exploration of the topic at hand. The Twitch chat experience is quite good, and I intend to actively engage with the chat. This will be as much about 'learning to learn' as it is about the actual topic."

Kruse plans to co-stream with others in the future, bringing in streamers who have different areas of expertise as well as visitors in general. Catch his streams tentatively every Thursday at 8 p.m. at twitch.tv/profkruse.