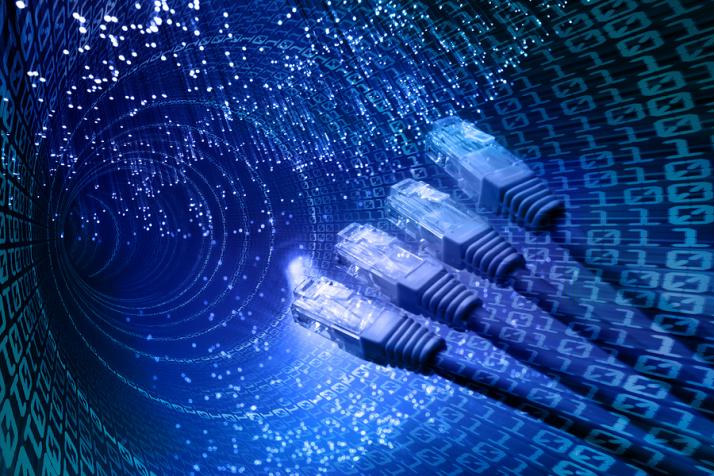 The Schoonover Labs now have a 10 Gbps uplink, increasing the potential and performance of the McClure's networking equipment.

Initially, Doug Bowie, who is the IT Support Senior Specialist/Network Administrator, worked with ECT Faculty Brandon Saunders were diagnosing issues over the summer as they were upgrading their virtual servers for fall classes. They noticed that the virtual machines couldn't see their storage disk and blamed the large amount of traffic, which was unusual due to the 1 Gbps speeds that they thought they were running with. After troubleshooting the issue for a few weeks, they realized a chokepoint due to faulty hardware that was between the Storage Area Network and the hosts that was only using 3% of the total bandwidth, and immediately went to work on alleviating the issue. Using 10 Gbps transceivers that can switch between network mediums, such as fiber or copper, they created an uplink of 10 Gbps for the SANs environment, as well as fixing the faulty hardware, alleviating the traffic issues.

According to Doug Bowie, his next upgrade he has in mind is to upgrade the hosts to 10 Gbps to maximize performance.

The McClure school strives to provide their students with expert faculty, and high availability/performance when it comes to networking equipment.