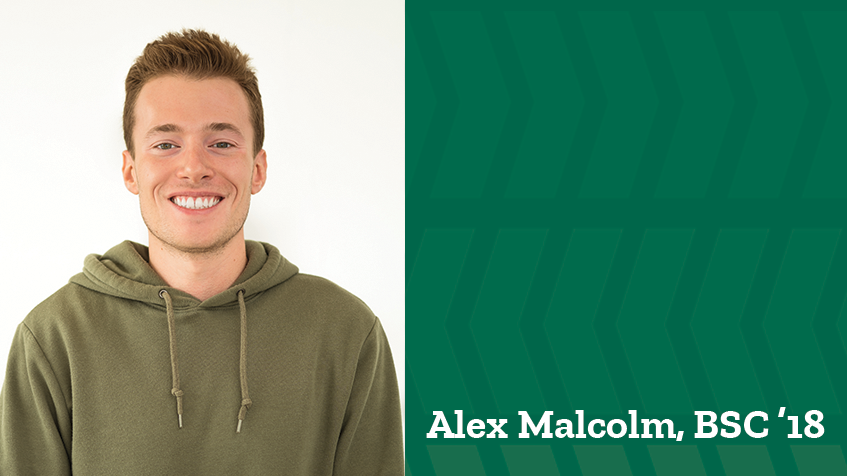 What do you do? We work with productions and music supervisors within film, TV, video games and promos/trailers to ensure they have the proper clearance from the labels and artists to use our music in their projects. We are the direct contact for all of Warner Music Groups labels. This includes Atlantic, Warner Records, Rhino and others.

What made you come to Ohio University? Were there other places you considered? I was looking at art and design schools, but, ultimately, I fell in love with Ohio University after my visit. I was greeted by the amazing energy and smile of Roger Cooper, and my family and I were immediately sold. In the meeting, he discussed how he was establishing the OHIO-in-LA program, and, from that point on, it was my goal to set myself up to be accepted into the program. I was part of the 2017 summer group, and it is the reason I am in Los Angeles today.

How did the Scripps College of Communication equip you with the skills you needed to succeed? I tried to get involved in as much as possible within my areas of interest. As I mentioned previously, I was part of OHIO-in-LA program, but I also did SXSW in the spring of 2017. I feel these programs are must-do's for anyone in the school. Each of them are so much more than just study programs. They give you a pretty clear vision for how the industry works and what to expect once you leave Ohio University. Beyond that, the most important thing is building relationships with fellow students and the faculty. I still talk to almost everyone that attended these programs with me, and it is amazing to see where everyone has ended up.

What about your experiences here was so memorable? My two favorite organizations that I was a part of were Brick City Records and the Alpha Phi Omega-Community Service Fraternity. I held executive positions in both of these, and that really helped me excel with my leadership skills and collaborating with others.

Brick City Records was hands-down the most pivotal on-campus activity I did. I was the Marketing/Promotions Director for the first year that it was a capstone class. This put me out of my comfort zone from Day 1, forcing me to learn a lot of video/photo editing that helped shape the labels brand. Everyone thought "Oh man, you're really good at all of this!"... but the truth was I was doing it all for the first time… haha.

To this day, I still work and communicate with the students who were in Brick City with me. The only difference is now we are working for places like Warner Music or helping Young The Giant on tour!  (P.S. Big shout out to Josh Antonuccio!)

Tell us about your career path. Prior to graduation, I had accepted a paid internship with Warner Chappell Music in Los Angeles. I moved out of Athens, back to my home in North Canton, and then packed my car for the drive across the country. I was in LA near the end of May, and started at Warner Chappell in June.

My summer internship was coming to an end, when I noticed Warner Chappell had posted an opening in our department, and I was being groomed to fit into the new coordinator role. So, the following week, after the internship ended, I secured a full-time job in the Warner Chappell Sync Department.

Fast forward a year, and I am now a Senior Coordinator for the newly formed Sync Team at Warner Music Group. We work hand-in-hand with all of the labels and artists that are under the Warner Music umbrella.

What advice do you have for current students? My advice is to be involved on campus as much as you can, and really do your research on where you would like to end up after your time at Ohio University. While your career can (and will) be unpredictable, it is nice to view the paths of others in the industry to see how they got to where they are today.

I hated hearing people say stuff like, "anything is possible if you put your mind to it"... but, I will have to admit, it's actually true.